Ghosts of the Future

Birthdays aren't a big deal to me, then again, they are. My own ceased to be much of an exciting 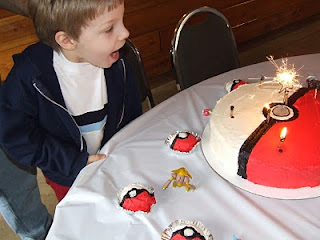 thing after I hit 21... Ageism bugs me and I don't hang out with folks (or don't) because of their age, getting older isn't offputting to me-it just *is*. So, other than getting special treatment, my own birthday is rather irrelevant (I often forget how old I actually *am*, though I remember my actual birth *day*).


My children, on the other hand, have Very Important Birthdays. Not 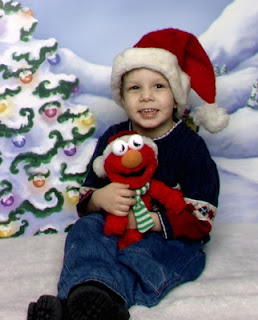 only do I love to get all excited and prepare fun stuff and wrap presents and bake cake, but I love to experience *their* enjoyment. On the other, other hand (how many are we up to, now??), my childrens' birthdays are huge milestone markers for me - moreso than my own age ever will be. When Wyl turned 5, it was "school age". When he turned 8, that was half way to driving age (thankfully, the teenage years are an odd 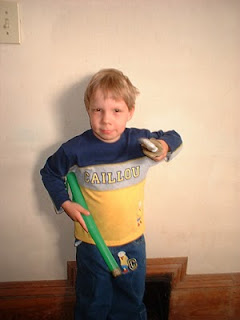 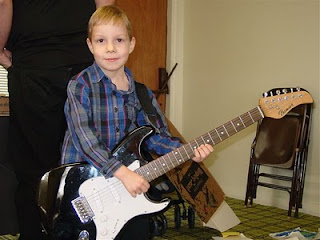 Just over two weeks ago, a couple days before our birthday and Wyl's milestone Eleven birthday, we were driving home from a friend's house in the late afternoon, early evening. It was *just* that time of day when the sun is hovering low on the horizon, not *quite* into the orange of early sunset, but still golden yellow... a huge, warm glow out my passenger window, radiating life and warmth and celebration of early spring. It had been a lovely day with friends and the weather had been perfect: not too warm, not too chilly, dry and sunny with no wind. It was relatively quiet in the van - especially for *our* family - and I looked in the rear-view mirror... for what, I lost at that moment and I still don't remember. You know how sometimes, unexpectedly, you see something? Something startling that when you blink and look again or do a double-take, it isn't there any more?

That beautiful, golden sun was streaming through the windows and was striking Wyl's face in such a way that suddenly, he looked like a young adult. I could clearly see what he would look like in 7-8 years. It took my breath away and froze time for an eternity of a moment... He'll be a handsome man and have a strong jaw - there isn't anything horribly arresting about how he'll appear when he's grown. The heart-stopping shock is that he was JUST 3 a moment ago, wasn't he??

Time. Time went at such a leisurely, relaxed pace when Dave and I were just a couple. Since Wyl has come along, it has been a snowball on a steep hill, gaining speed every second. I'm not ready!! I want to cherish every moment, but there aren't enough. I want to lie with *both* boys and look at the stars right now, for decades. Can't tomorrow *wait*?? It isn't that I want to keep them little or a certain age, I just want to *savor* it. But like a 15 minute lunch break, there is barely time to chew and swallow, much less savor every tiny nuance... Shoot. Happy post. HAPPY post...

I am beyond thankful that we are who we are - I couldn't ask for better people to share my life with. We have shelter and health and food. I don't want *more*, I just want to hold what is zipping past for just a moment... to savor it... to cherish it the way it deserves to be cherished...

I have a favor to ask: stop reading my blog. Go spend some time with *your* favorite people - that's what I'm gonna do right... NOW!

Eleven?!?!? I know eleven well. In fact so well, that not so long from now, it will be twelve!